As we have done for several years, we asked Co-op staff to nominate the projects from the wider open source community that they use and benefit from so that we can acknowledge and support those projects in our small way.
This year we are pleased to announce the following recipients:

We are proud to help grow and to give back to the open source ecosystem in which we believe so strongly.

About the Open Source Contribution Fund

The BC Libraries Co-op has a commitment to Free and Open Source Software (FOSS). Our core service, Sitka, is built on the FOSS application, Evergreen® ; we contribute code and resources to this project as much as possible, as well as to other projects whenever feasible.

The Co-op absolutely depends on hundreds of other FOSS projects, both large and small, for daily operations. Many of these projects are critical and yet can be severely under-resourced, run solely on volunteer time. An example of a consequence of this underfunding was the Heartbleed bug in the OpenSSL library that was publicly revealed in March 2014. That software library, which secured the traffic on hundreds of thousands of websites globally, was supported by three part-time, unfunded volunteers. That event was part of the impetus for the creation for this fund.

The Open Source Contribution Fund allows the Co-op to support software development and the supporting activities (legal, travel, promotion) of the wider FOSS ecosystem. The benefits are mutual: our members and staff benefits from a stronger ecosystem with robust software, and our participation and contributions benefits  the wider community, too. 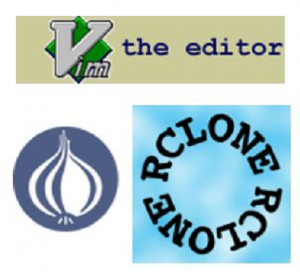